In the decade that followed founder Sandra Sammartino stepping back, Yoga Outreach struggled to keep its head above water, both financially and in terms of community support. Beth Sampson, one of the early volunteers, took over as Executive Director. She was a fierce champion of its mission and vowed to build it into a sustainable nonprofit.

What was your goal for Yoga Outreach when you took it on?

Beth Sampson: I wanted to bring Yoga Outreach into a wider area and build a community that placed a high value on service, standards, education, and community building. My goal was to make Yoga Outreach into sustainable nonprofit so that in five, 20, or 50 years, we could be having this conversation.” 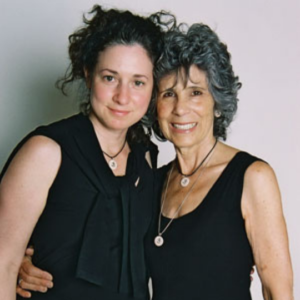 What motivated you to work towards building capacity, when it was so difficult financially?

Beth: There was one incident in particular that sealed it for me.

One night I was volunteering at Covenant House. [A Vancouver organization that serves street-involved youth in the Downtown Eastside] There was only one student, a young woman from Rwanda. We didn’t speak the same language at all, but through modeling we managed to share a practice of movement and breathing together.

As the sun began to set, we lay down together under the skylight for Savasana.

I looked over and saw that she was covered in scars. Her whole body. And I realized what she must have been through, the road she must have travelled.  [In 1994, the Hutu attempted genocide against the Tutsi people in Rwanda.]

I broke down in tears. And we just lay there, breathing together, and I could feel her nervous system shedding and releasing.

I felt so deeply grounded and connected to this process with her. It was beautiful and I thought, I can’t let this go. I want everyone to be able to connect at this level.”

What was the Yoga Community in Vancouver like in the 90s?

Beth: There was a very high stigma in Vancouver around the communities we served. People would say, ‘Why should I give you money for a Yoga class for someone who stole a car?’”

The culture wasn’t supportive of anyone we served – mental health, domestic abuse, youth on the street, any of it. And the Yoga community itself was in turmoil. Elders were getting booted out [for mis-using power], and lululemon culture was rising. All the different groups were focussing on their own development, their own growth. It took a long time for all of those different parts to converge.

I’d go to events to try to raise funds. People would ask, ‘What do you do?’ I’d explain. And people would say, ‘That’s nice and then they’d move on.’

It was my job to hold all of those different parts, the threads, through the storm, until it got to a place where it could grow and thrive.

The government wasn’t really into awarding grants for programs like that. And then that started to change and Delanie [Dyck, the current Executive Director] was able to get us grants. 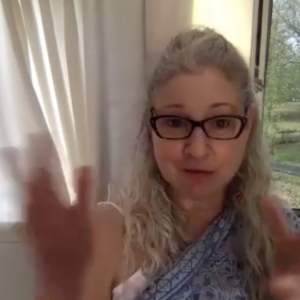 Beth Sampson describes the challenges of building a sustainable nonprofit in Vancouver.

Beth: At that time, there was a big growth wave of teaching programs with not enough teaching opportunities. A lot of teachers were eager to volunteer because they needed the hours to fulfill their requirements.

At one point we had 35 facilities and all these teachers, and no training for them!

Sandra [Sammartino]’s teaching was about the framework of being with another person in relationship, and learning to teach on flow. You’d get the pranic flow and then you’d work and teach in that way.

This was completely different than the training the students were getting in Vancouver, where they didn’t have that life experience or framework.And people weren’t as interested in getting together just to share. They just wanted to know where to show up and when.

How would you describe your leadership style?

Beth: I was very protective. Along the way there were some people who really wanted to be involved in Yoga Outreach for their image or their profile. I had a very high radar for that. When people wanted to take Yoga Outreach in a direction that served their agenda, that’s when my New-Yorker-roots came out.

I was myopically focused on building enough capacity for a sustainable nonprofit and recruiting the right people to fit that. I didn’t have much of a collaborative style. 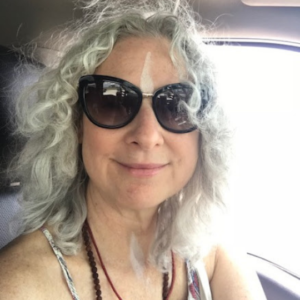 Why does Yoga Outreach prefer a volunteer model for its programs?

Beth: It facilitates a process for understanding a boundary that is grounded in respect rather than authority. I’m the teacher, you’re the student. But what is “honouring”? What’s “respect”? What’s honest, authentic, and accountable?

These are all things that we’re all working on within ourselves. We’re all born into something, a class or a racial identity, a trauma background or into privilege. Whatever it is, when you’re working with Yoga Outreach [as a volunteer or a student] you’re working through all those layers to come to a place of deep mutual respect and honouring.

It’s a profound experience for the volunteer as well as the student. It puts people on a path of discovery and awakening. And that’s what Yoga is really all about.

To read about how this Yoga nonprofit got started, read the previous post about founder Sandra Sammartino.