When people talk about cultural appropriation in Yoga they often cite expensive mainstream studios where teachers are typically white, thin, cis and able-bodied. But the truth is that anyone – even a volunteer Yoga teacher in a prison or addiction recovery centre – can be guilty of culturally appropriating Yoga. So what’s the best way of teaching service yoga without cultural appropriation?

This article explains how Yoga Outreach prepares  our volunteer yoga teachers to address cultural appropriation in service settings, such as prisons, transition houses, and mental health and addiction recovery centres. 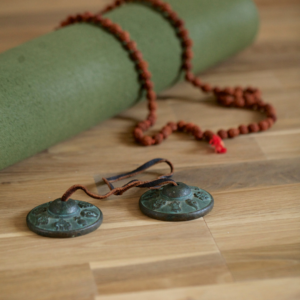 Know the meaning behind items, words or symbols you introduce in a yoga class. Shown here: Tibetan Tingsha chimes and a Rudraksha bead mala.

What is Cultural Appropriation?

Cultural appropriation is taking an aspect of another culture and using it for your own benefit without acknowledging its origins.

An example of this in a Yoga context, would be a Canadian retailer selling clothing and jewelry with Sanskrit words or symbols to a predominantly white demographic. Another example is leading students to chant OM without explaining the meaning and origins behind the practice.

Why is this harmful?

Many people don’t realize that the British invaded and colonized South Asian countries, including the area now known as India. During this occupation, colonizers punished people for practicing Yoga.

As you can imagine, many South Asian practitioners find it offensive and hypocritical that English-speaking people ridiculed and banned Yoga when they first encountered it, and now profit from repackaging and selling Yoga as a fitness practice. 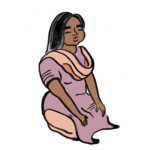 Yoga classes in a prison or addiction recovery centres are quite different from typical studio classes. In many ways, they avoid the usual criticisms of being inaccessible.

After all, service yoga classes welcome people from all communities, with differing abilities, often from the most marginalized groups.

On the other hand, students in service settings aren’t necessarily there by choice. Lack of interest or skepticism are often big barriers for service yoga teachers to overcome. Starting off with a talk about history and philosophy may seem like a ridiculous suggestion.

Service Yoga Teachers need to find a balance between keeping it simple and avoiding mentioning Yoga’s history and philosophy altogether.

Fortunately, it is possible! You can honour Yoga’s incredible history and philosophy without overwhelming your students or devoting 60 minutes to a lecture. 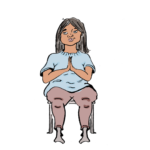 There isn’t one right way to honour the origins of Yoga.

Since Yoga is about a personal connection to the self and to others, we believe that every teacher should personalize the way they honour Yoga in their classes. However, we do offer our volunteer Yoga teachers guidelines to decolonize Yoga classes in prisons, addiction treatment centres, and other service settings.

Describe the Origins of Yoga

Yoga is a 5,000-year-old spiritual system that originated in South Asia.

It’s essential to give credit to the South Asian cultures that developed this practice thousands of years ago. Even though Yoga is prevalent in most North American areas, students should know that the practice has been adapted from how it was originally intended.

Explain that Asana is just one of the 8 Limbs

Most Yoga classes only focus on asana, or movement practices. Some may include Pranayama (breath work) and meditation. Let students know that there are actually eight limbs in Yoga, and that what they’re doing in the class is only a small part of one limb – asana.

Students shouldn’t have the impression that you’re teaching them the full system of Yoga in their weekly 60-minute classes. Telling them that asana is only a small part gives them the opportunity and agency to explore further if they choose.

Use this opportunity to demonstrate humility. Let students know that you are not an “expert” or a “guru”. You are simply a practitioner of Yoga who has taken a 200-hour (or more) teacher training. If you studied a particular lineage or with a specific teacher, you can say this briefly.

By positioning yourself as a student of Yoga, rather than an expert, you’re disrupting teacher-student power dynamics. You’re also disrupting power dynamics by saying that you received this knowledge from a long line of others. In other words, you didn’t invent it yourself and can’t take credit for any benefits the students experience.

If Yoga wasn’t part of your family traditions growing up:

Say this! Make it clear that Yoga wasn’t part of your family traditions growing up. Tell your students how long you’ve been practicing, or how old you were at your first class.

You can share what drew you to Yoga originally. Describe how it influences your life today.

Revealing these details is another way to emphasize that Yoga isn’t just stretching on a mat, but a much larger system for living in a good way.

In beginner classes, particularly in service settings, people often shy away from using the Sanskrit names of forms. You might worry that these terms will be off putting to folks who are already nervous about trying a new activity. If your students speak English as an additional language, you might be concerned that speaking Sanskrit will make instructions even more confusing.

In Yoga Outreach Core Training™, we ask attending yoga teachers to use Sanskrit at least once in their 20-minute demonstration class. Our volunteer Yoga Teachers try to use Sanskrit once or twice in each 60-minute class – and to keep increasing  their use of Sanskrit as they move along within a class series.

Each time you use a Sanskrit word, draw attention to the fact that it’s Sanskrit. You can add that Sanskrit is the original language of Yoga, or that the first writing about Yoga was in Sanskrit.

Using Sanskrit words for Yoga forms and concepts is a way of honouring Yoga’s origins. It draws attention to the fact that this practice was not developed by English-speaking people in Canada or the United States. 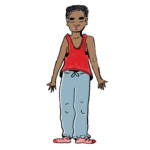 How Much Time Should You Spend Honouring Yoga’s Roots?

One answer is that you should be honouring Yoga’s roots every minute of the class!

But practically, students in service settings will quickly lose interest in long lectures about the history of Yoga and the meaning behind each Yama and Niyama. Don’t feel like you need to explain everything in one 60-minute class.

After your introduction, use Sanskrit terms and reference Yoga’s roots at other points in your sequence.

If you’re teaching a series of classes, you can share different Sanskrit terms or details about Yoga philosophy each time. Each class, students who are interested will learn a little more. While those who are less interested won’t feel overwhelmed.

Small Efforts are Better than None

At first, it might be difficult to remember to introduce some Sanskrit concepts if you aren’t used to doing so. Or you might feel self-conscious about explaining the origins of Yoga in classes where students are already facing so many challenges.

Remember that your explanations don’t have to be perfect. In fact, acknowledging that you are not an expert is an essential part of decolonizing your teaching.

Letting students know every class that Yoga originated 5,000 years ago in South Asia, shows respect for this culture. It also opens a door to those students who are interested in furthering their knowledge. 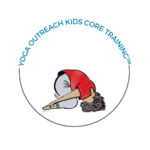